I have great faith in a seed. Convince me that you have a seed there, and I am prepared to expect wonders.  -Henry David Thoreau

Sunita and I step out of the hired van after a bumpy five-hour ride, hitching our backpacks up on our shoulders. From the dirt road, we take a small path that leads down a hill to a series of brilliant green rice paddies. We walk carefully along the narrow strip of raised dirt that separates the shallow ponds, eyes set on the tiny hut just beyond them.
In front of the house is a typical south Indian vegetable garden - a tangle of vines, huge bushes and bamboo trellises surrounded by a fence of pointed sticks woven together to deter wandering cows and water buffalo. The woman of the house greets us; we remove our shoes and I duck to enter the dark, smokey room. When my eyes adjust from the bright subtropical sunlight, I spot our prize: The dried gourd hanging above the fireplace.

India's traditional food culture is on the brink of extinction. What was once a self-sufficient subcontinent, which gave the world spices and tea as well as now-widespread vegetables like eggplant, now relies on foreign food imports, thanks to the complicated forces of globalization.
As in America, India's small farmers are a dying breed, and few propagate heritage crops. Those who do are not aware of the gold mine they're sitting on: Hundreds of varieties of rare grains, vegetables and legumes that were passed through generations and perfectly suited for the unique climates of this diverse region.

Our hostess takes down the hollow gourd and removes the cork that seals its contents from the year-round humidity. She shakes out a few seeds into her hand. To me, they don't look like much more than dried-up plant parts, but to her, they are life itself.
I began to understand the importance of seeds as an intern with Sunita's tiny NGO, Vanastree, in the fall of 2008, my junior year of college. Trekking from the coasts to the jungles to the deserts with her, taking photos of vegetables, collecting seeds for Vanastree's seed bank, and talking with the women who propagated them year after year, I returned home knowing that I would never take a bite of food for granted again.
In the US, our food supply is equally precarious, although we may not realize it yet. Around 20 food crops make up the vast majority of the standard American diet. Heirloom varieties exist, but seeds have a life span just like us - usually from one to five years - and an entire line of tomato or lettuce can be lost if not planted and grown and the seed saved again. This might not sound like a big deal now, but those 20 crops we're relying on today are only the best crops because they function well in the current climate. In 100 years, it will be too late resurrect the varieties that produce well in, say, drought conditions, or temperatures an average of ten degrees warmer than we see today. 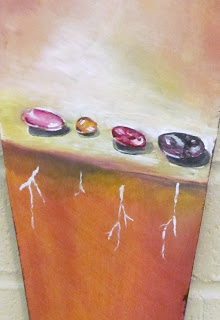 Seeds are miracles, the eruption of life from a dormant husk, which will eventually flower and make new seeds to start the cycle over again. Ideas are like seeds, starting out as something small and unassuming and then, under the right conditions, becoming a crazy tangle of life with an ever-changing form.
Hannah and I received an idea-seed during a nervous presentation to Hummingbird Wholesale, a local food business that eventually agreed to sponsor Food Cycles. As we discussed the potential and possibilities of bicycling cross-country for local food with the creative minds behind one of our area's pioneering businesses in bringing local foods to the masses, someone mentioned the possibility of us distributing seeds as we traveled.
I wrote it down. I looked at my notebook the next day. The more I thought about it, the more I knew there was no way I could not pursue this act. We're taking this bicycle trip in the winter and spring - the perfect time to plant seeds, especially once we reach the southern climes. This could be the focus, the actionable element of our journey. Rather than just do the chores we're asked to do when we volunteer at farms or stay with friends, we can offer something tangible to leave behind. Going into an elementary school, we can not just talk about the benefits of teaching kids about where food comes from,  we can march out into the playground with them and poke a few sunflower seeds into a forgotten patch of earth. With seeds, we have the power to actually leave a trail of green as we travel.

I emailed a local seed grower, Aline from Green Journey Seeds, and she offered 100 packages of cilantro. Farmer friends are culling their supplies, and I put what I found in my fall garden cleanup into some paper envelopes (sadly, my supply of hollowed-out gourds is slim).

If you would like to put your faith in a seed, as Thoreau would ask, email us! We're planning to bring herbs, lettuces, greens and other lightweight seeds that are easy for beginning farmers and gardeners to grow. We will trade them for more seeds or give them away when we see a need. We'll be a mobile seed bank. We'll never go hungry.
Posted by Tuula at 12:46 PM

Email ThisBlogThis!Share to TwitterShare to FacebookShare to Pinterest
Labels: seeds 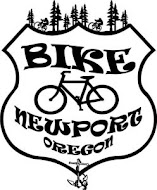 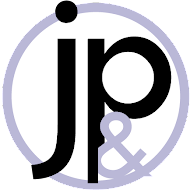 Give to Food Cycles! 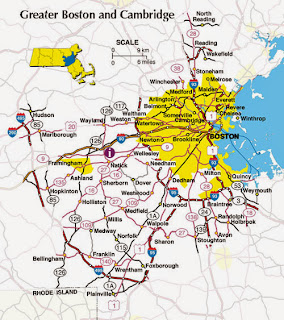